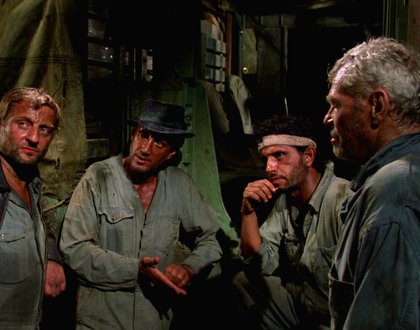 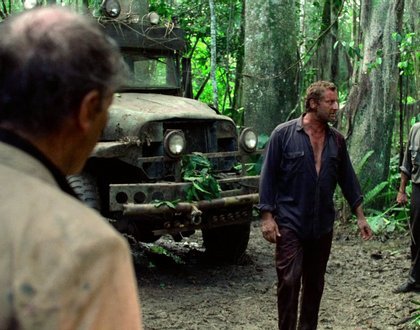 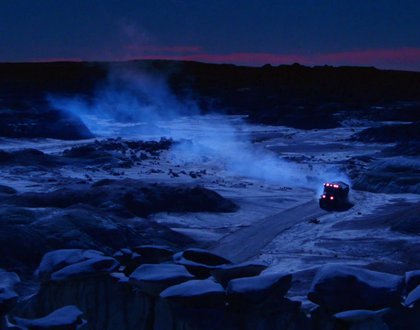 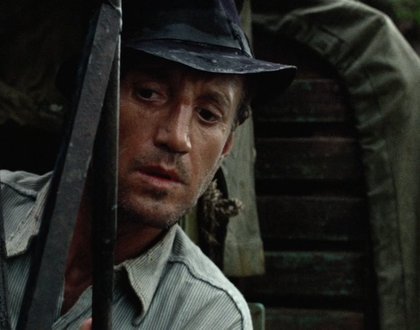 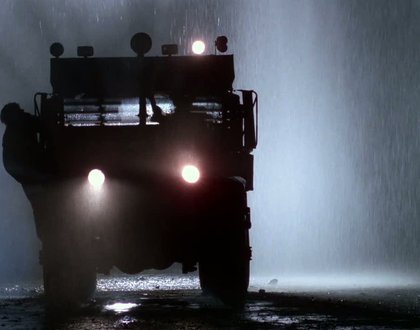 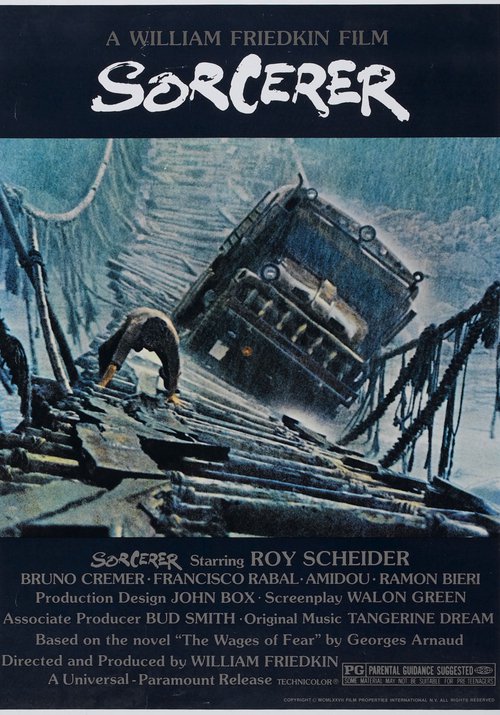 "Friedkin's characters may not have much to show afterward, but Friedkin does: the lost gem, the rediscovered masterwork, the evidence that the guy everyone thought had lost it was right all along." - Alan Scherstuhl, Village Voice

In 1978, William Friedkin (The French Connection) revisited Henri-Georges Clouzot's The Wages of Fear. Sorcerer charts the fraught mission of four strangers wanted in their respective countries who are driving a convoy of nitroglycerin through the South American jungle. Two trucks traveling a road lined with ambushes, in an explosive, unmissable film. The film that Friedkin wants to be remembered by was a far cry from an easy ride. During the shoot, he had to face a series of refusals from his actors, the civil war in Ecuador, and the expulsion by the Mexican authorities of part of his team after they were caught using drugs. Along the way, in order to cross a river, the trucks laden with explosives have to cross a rickety wood-and-rope bridge in flood conditions. Twelve heart-stopping minutes - with no trick photography - in which everything could go wrong. The scene is simply breathtaking, without a doubt one of the most thrilling in action cinema. After his $100-million blockbuster The Exorcist, expectations of Friedkin were unreasonably high, but his new film was a flop when it came out. American theaters removed it from their schedule in favor of Star Wars, which had come out a week earlier. In recent years, it has gone on to build a massive following. Film buffs and critics have changed their mind about Sorcerer, which is now considered a classic, appreciated for its suspense, its blackness and its bleak beauty.

Miami Herald film critic Rene Rodriguez will introduce the film and make the case for its greatness in a post-screening q&a session with the audience.