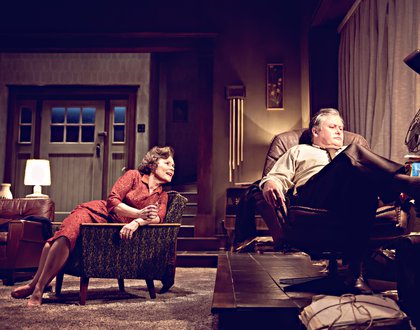 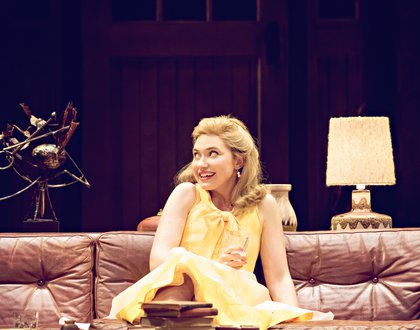 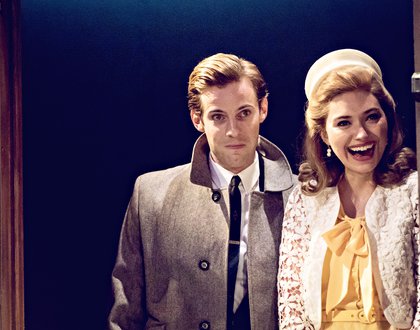 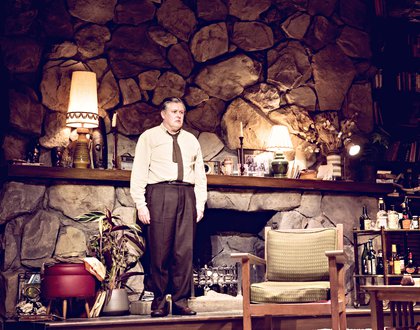 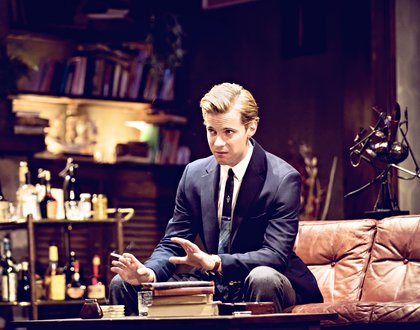 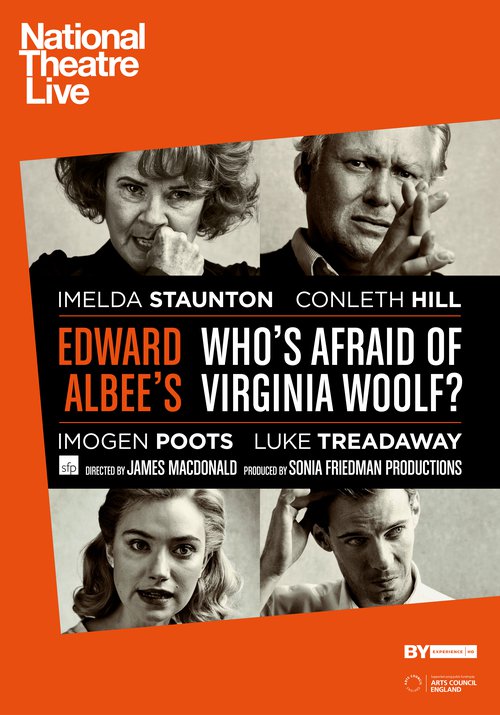 "One of the greatest feats of acting I have witnessed." – Independent

Sonia Friedman Productions present Imelda Staunton (Gypsy, Vera Drake, the Harry Potter films); Conleth Hill (Game Of Thrones, The Producers); Luke Treadaway (The Curious Incident of the Dog in the Night-Time, Fortitude, The Hollow Crown) and Imogen Poots (A Long Way Down, Jane Eyre) in James Macdonald’s new production of Edward Albee’s landmark play, broadcast live to cinemas from the Harold Pinter Theatre, London. In the early hours of the morning on the campus of an American college, Martha, much to her husband George’s displeasure, has invited the new professor and his wife to their home for some after-party drinks. As the alcohol flows and dawn approaches, the young couple are drawn into George and Martha’s toxic games until the evening reaches its climax in a moment of devastating truth-telling.

This production includes one 15 minute intermission and a 5 minute pause.

National Theatre Live lunch specials are available during intermission. Simply place your order at our cinema café before the start of the film and pick up your meal during the interval. View the menu here.