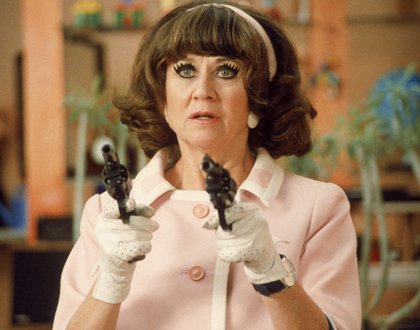 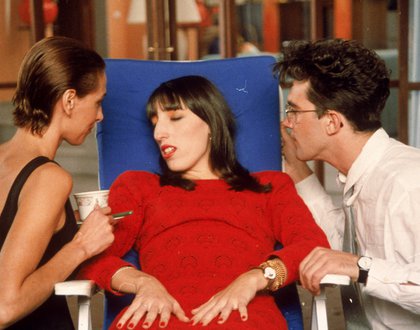 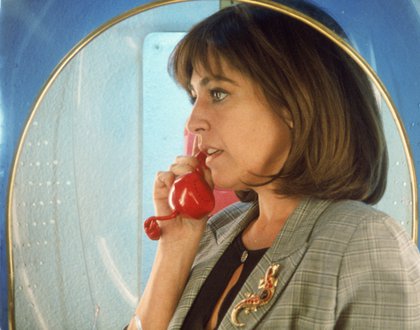 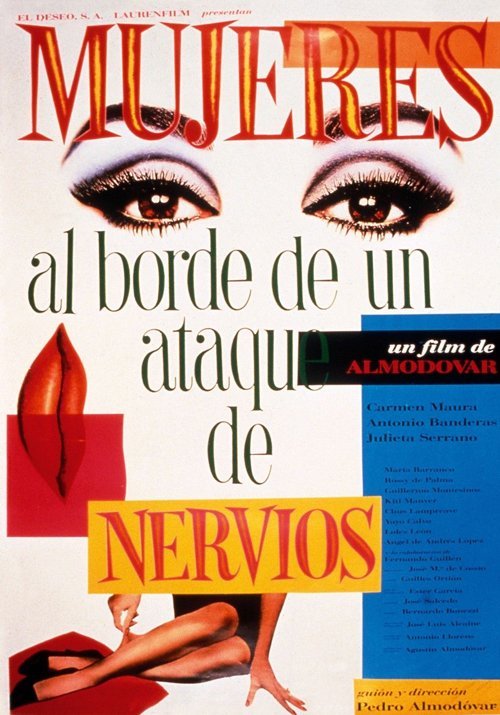 “Mr. Almódovar sets out to charm rather than shock. That he succeeds should not come as a surprise.” – Vincent Canby, The New York Times

“A feminist comedy with real bite; it always brings down the house.” – Michael Wilmington, Chicago Tribune

Television actress Pepa (Carmen Maura) is desperate because her boyfriend Iván (Fernando Guillén) is about to fly to Stockholm with a new girlfriend. Pepa must track him down to deliver a message: she’s pregnant. Hilarious and mind-boggling events enter the picture: Pepa’s close friend Candela (María Barranco) might have gotten herself involved in a terrorist plot; a real estate agent sends Iván’s son Carlos (Antonio Banderas) to check out Pepa’s apartment; Carlos’s girlfriend Marissa (Rossy de Palma) accidentally downs a pitcher of substance-infused gazpacho; and a taxi driver with a passion for mambo keeps appearing to give Pepa a ride. Is it possible to avoid a nervous breakdown with all the madness spiraling out of control? This absurd comedy was an international hit, winning multiple Spanish Goya Awards and garnering an Academy Award nomination.