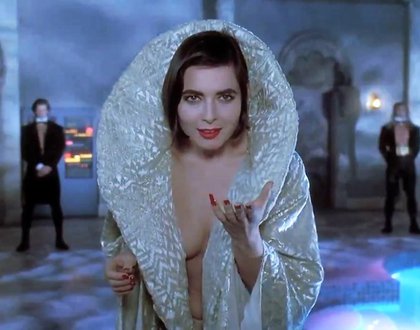 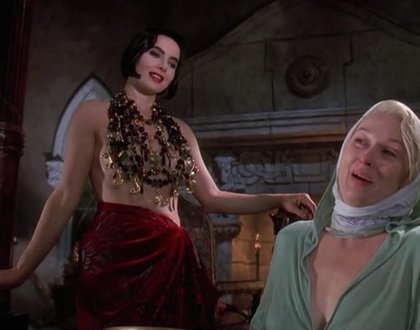 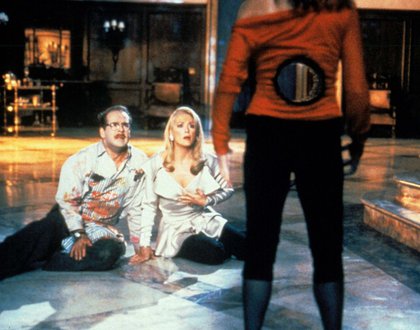 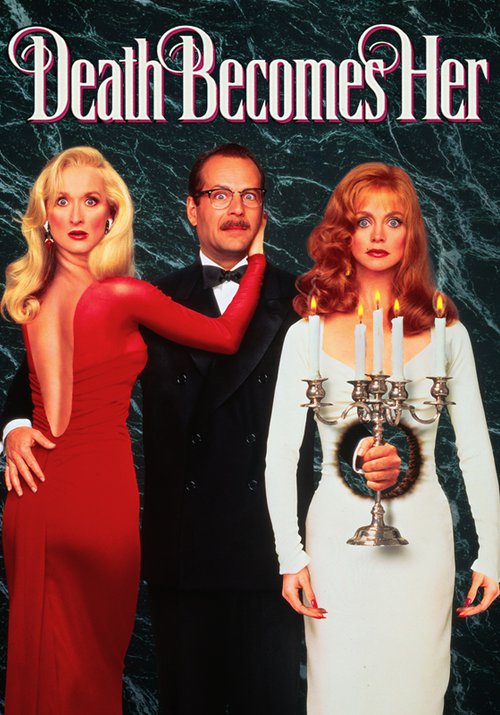 “Death Becomes Her is clever, different and dementedly entertaining, while commenting on our unhealthy obsession with youth and beauty.” —Jeff Menell, Hollywood Reporter

“Zemeckis has always relished technical challenges; once again he pulls them off with high style.” —David Ansen, Newsweek

This screening includes an introduction by Flaming Classics and a live drag performance by Opal Am Rah and Persephone Von Lips before the feature.

I think about Death Becomes Her all the time (it is a toss-up for my favorite Robert Zemeckis film alongside Who Framed Roger Rabbit? and Contact). Like many of the director’s films, there’s an almost live-action Looney Tunes quality about it. After all, what other motion picture would have Meryl Streep and Goldie Hawn increasingly destroying each other’s bodies in the most ridiculous ways (including blowing a literal hole in someone’s stomach and twisting a head round-and-round)?

Death Becomes Her is a high camp motion picture in every way, particularly in the way its characters are all in something of a drag performance. Streep and Hawn are less real characters and more a grotesque distortion of womanhood, shamelessly playing into and poking fun at the myriad of ways women are perceived by men as conniving, petty, and vain (beautifully emphasized with Bruce Willis cast against type as the antithesis of masculinity and Isabella Rossellini as the peak of femininity). It’s as hilarious and quotable as it is dark and disturbed, which is exactly what a good motion picture should be in my book.