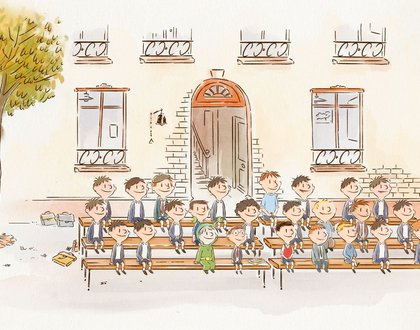 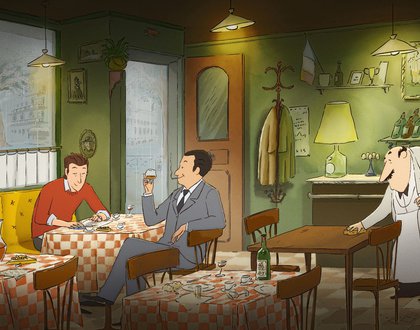 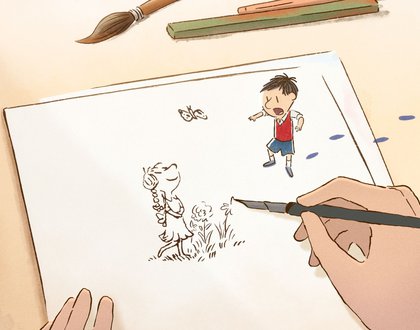 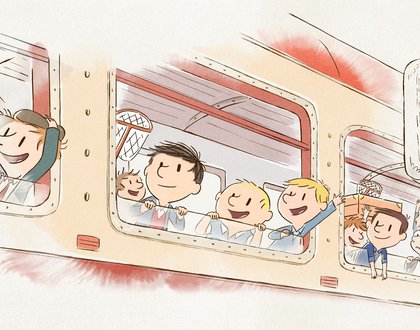 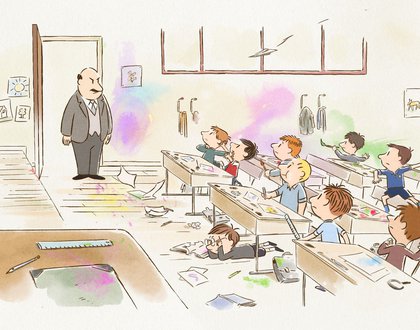 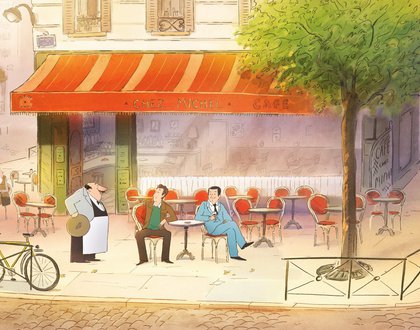 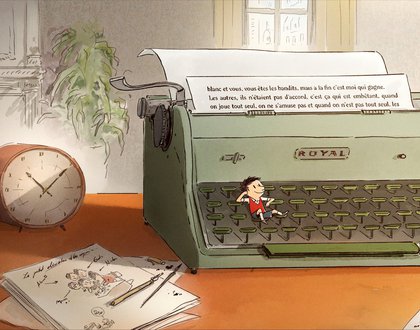 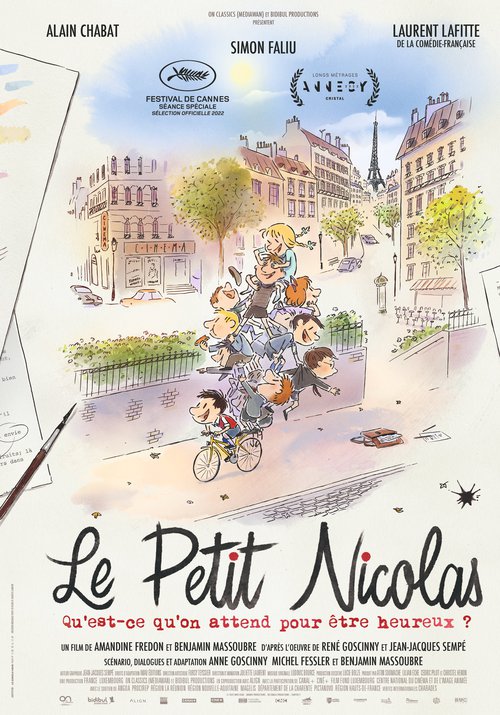 Winner of the top prize at this year’s Annecy Film Festival (the world’s largest animation festival), Little Nicholas is a joyous and extraordinary animated movie that for the first time presents the story of the men who brought the internationally beloved schoolboy character to life. Told with warm affection and wild invention, it charmingly melds biopic, origin story, and Little Nicholas adventures into an irresistibly warmhearted delight. Somewhere in Paris in 1955, Jewish artist René Goscinny and Jean-Jacques Sempé lean over a sheet of white paper and bring to life a small, mischievous, and pleasant little boy, Little Nicholas. We see the give and take in their friendly collaboration as they build Nicholas’ world as well as his family and school friends. Black-and-white sketches take shape and grow before our eyes, bursting into color and becoming beautiful, richly detailed animated scenes of carefree school days and the ordinary landmarks of family life, such as the proud acquisition of a new television. With games and fights in the schoolyard, alongside friendships and summer camp adventures, Nicholas has a happy, magical childhood. Little Nicholas beautifully folds together a biography of Goscinny and Sempé with a sense of the love and care they put into the 222 Little Nicholas stories they created. It is a film that reveals its love of animation throughout.

Check out the rest of our Miami Jewish Film Festival program!