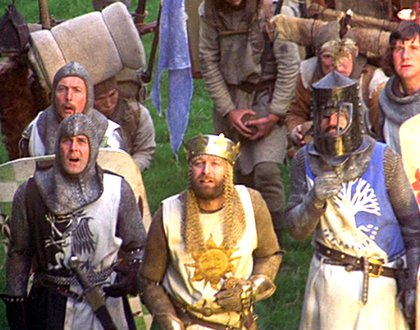 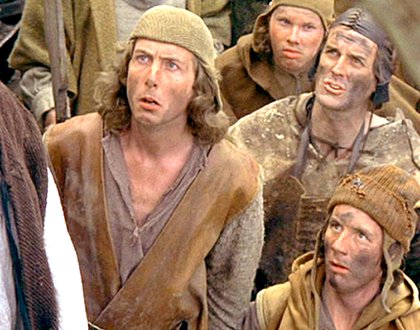 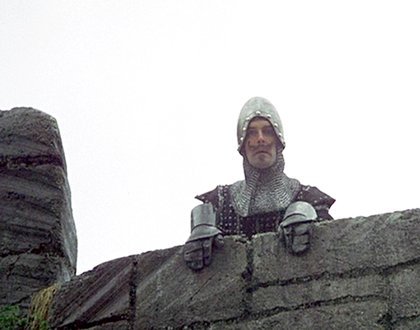 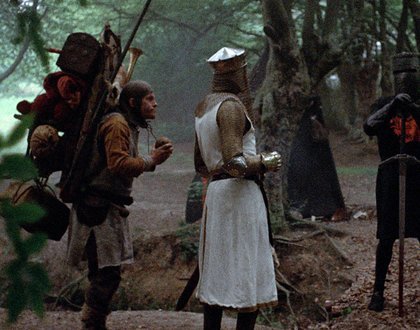 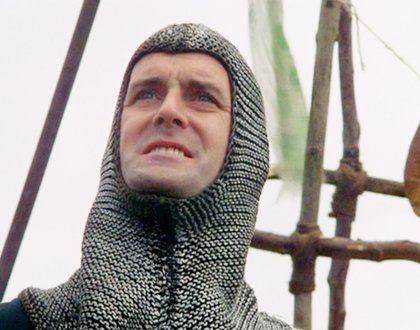 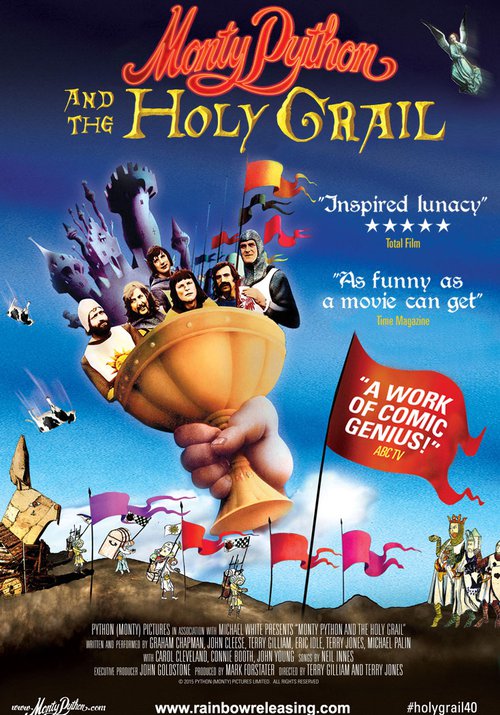 "So unnecessarily gorgeous, there are moments where it feels like Tarkovsky with drag and farting." – Time Out
"A marvelously particular kind of lunatic endeavor." – Vincent Canby, New York Times

Monty Python is on a medieval quest in their first feature film. England 932 A.D and King Arthur (Graham Chapman) accompanied by his trusty servant Patsy (Terry Gilliam) is seeking Knights to join his Round Table at Camelot. Arthur confronts two guards preoccupied with swallows, argues with a group of constitutional peasants, challenges a Black Knight who comes apart at the seams and witnesses the outing of a witch before enrolling his first knight, Bedevere the Wise (Terry Jones). Other knights follow: Sir Lancelot the Brave (John Cleese), Sir Galahad the Pure (Michael Palin) and the not-quite-so-brave Sir Robin (Eric Idle). Avoiding the singing dancers of Camelot, Arthur and his Knights are inspired by God to quest together for the Holy Grail. But taunted and humiliated by the French, they decide go their separate ways. Sir Robin is confronted by a Three-Headed Knight, Sir Lancelot hacks his way through a wedding to save a damsel in distress, Arthur and Bedevere, warned by a Soothsayer, meet the shrubbery loving Knights of Ni while Sir Galahad almost falls to the temptation of the virgins of Castle Anthrax. The Knights join up again and after an arduous journey encounter Tim the Enchanter who leads them to the cave, guarded by a foul creature, wherein an ancient inscription reveals the whereabouts of the Grail. The Bridge of Death claims its victims and only Arthur and Bedevere reach the final resting place of the Holy Grail, only to be thwarted by old adversaries.