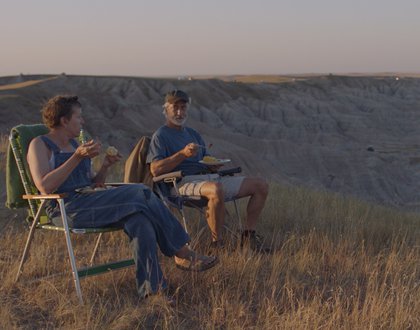 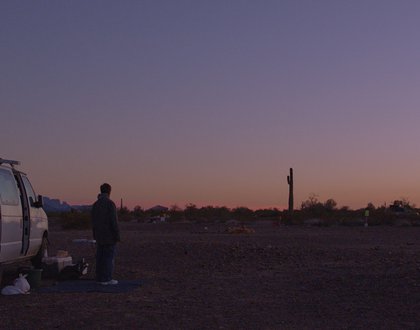 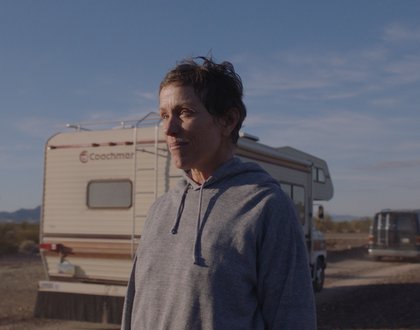 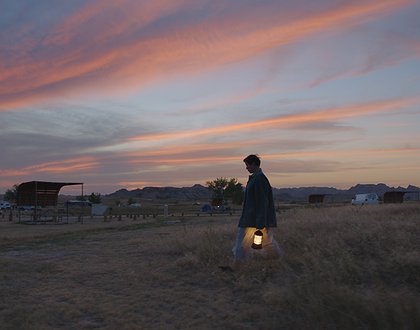 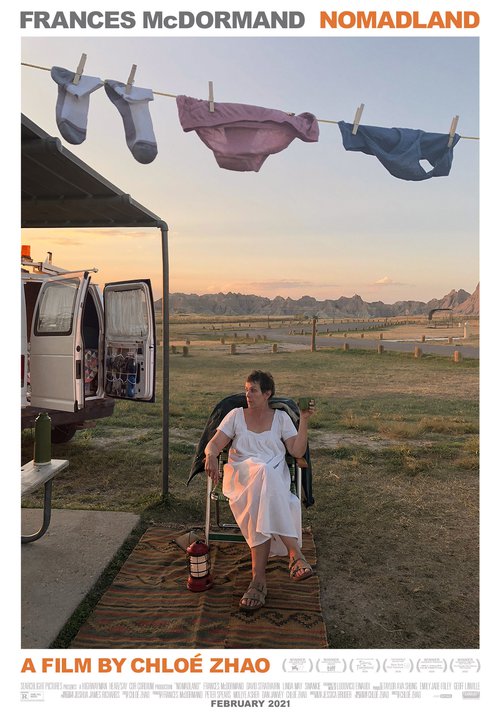 "Director Chloé Zhao works magic with [Frances] McDormand's face and the real world around it, delivering a profound rumination on the impulse to leave society in the dust." —Eric Kohn, IndieWire

"A gorgeous film that's alternately dreamlike in the way it captures the beauty of this country and grounded in its story about the kind of person we don't usually see in movies." —Brian Tallerico, RogerEbert.com


Following the economic collapse of a company town in rural Nevada, Fern (Frances McDormand) packs her van and sets off on the road exploring a life outside of conventional society as a modern-day nomad. The third feature film from director Chloé Zhao (The Rider), Nomadland features real nomads Linda May, Swankie and Bob Wells as Fern’s mentors and comrades in her exploration through the vast landscape of the American West. A sweeping panoramic portrait of the American nomadic spirit set on the trail of seasonal migratory labor, the film is a road movie for our times, now doubly relevant and resonant in this moment of redefinition and change. Winner of the People's Choice Award at the Toronto Film Festival, the Golden Lion at the Venice Film Festival, and Best Picture at the Gotham Independent Film Awards.

Do you have questions about how to reserve your seat? Click here to watch our step-by-step guide.

A large screen, high-fidelity audio, and no cellphones - this is how to watch the Best Picture nominees. Join us April 16 to 22 for our fourth annual Oscar Week, showcasing all eight films competing for the top prize at the 93rd Academy Awards.

A $70 series pass that grants admission for one person to all 8 films in the series is available for purchase here. Cinema Members save buying tickets individually and do not need to purchase a pass.

Check out the rest of our Oscar Week 2021 program!