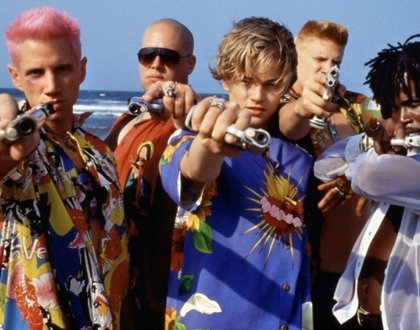 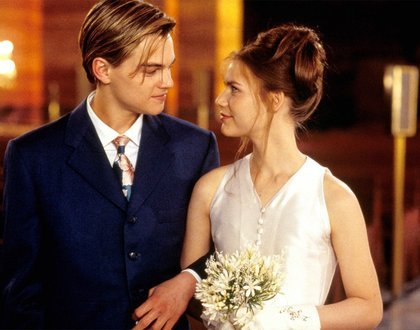 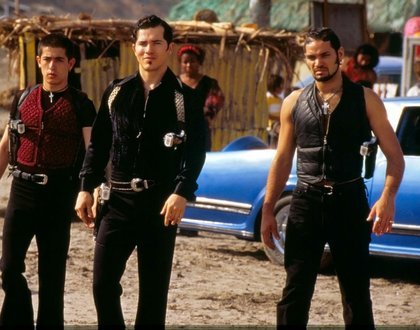 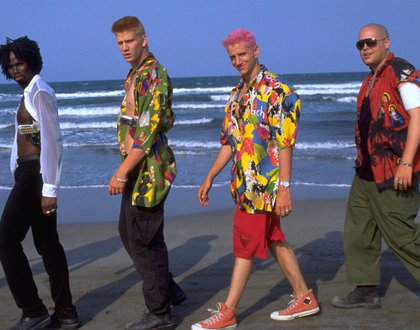 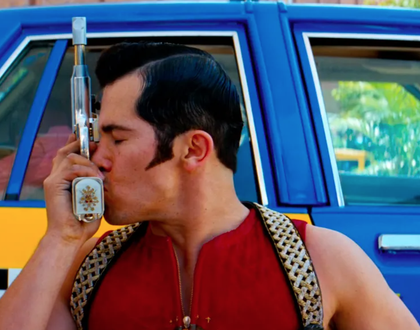 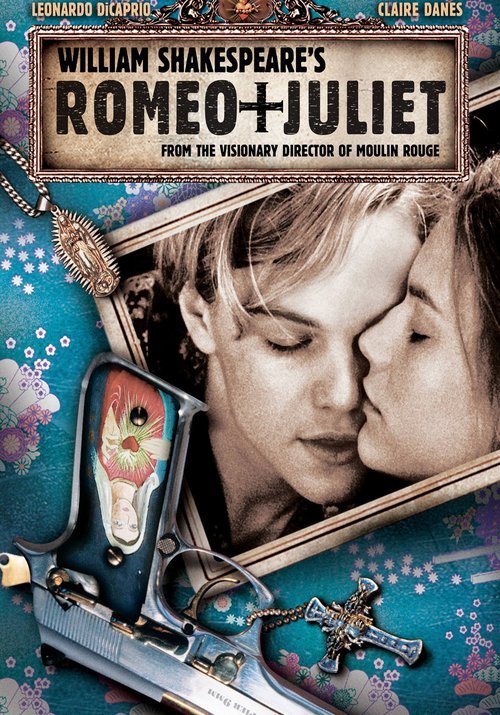 "Luhrmann and his two bright angels have shaken up a 400-year-old play without losing its touching, poetic innocence." – Peter Travers, Rolling Stone

This screening includes an introduction by Flaming Classics and a live drag performance by Viola Putx & Lady Paraiso before the feature.

Baz Luhrmann and William Shakespeare are as perfect a match as, well, Romeo and Juliet. The Australian director, best known for his lavish costumes, eccentric set design, and penchant for music brought the Bard's most famous tragedy to the silver screen in 1996.

As a, dare I say, geriatric millennial, Baz Luhrmann’s take on William Shakespeare’s Romeo and Juliet is forever burned into my cinematic memory. It was the first film I saw with friends, all together in our JNCO jeans, free of parental supervision. My parents would drop me off at an ornate theater in downtown Crystal Lake, Illinois. It was decorated in a southwestern motif in a decidedly midwestern town; the interior covered in dramatic murals and constructed to feel as if you were watching an open-air screening in a small town outside Santa Fe, complete with stars on the ceiling. There were even taxidermied animals perched in certain spots watching you watch the movie. Once the film was over, I would call collect to secure my pickup pre-Uber, and plot my eventual return. My parents, frustrated, could not understand why I would want to watch a movie over and over again, but I’m sure I saw it at least five times during its original release.

The ornate setting of that theater was the perfect match for Luhrmann’s maximalist take on the classic tragedy. The kinetic energy of the first sequence sent an adrenaline rush through my adolescent body. The visuals, the sounds, the drama; it was a drug. It felt highbrow, yet grimy. It proposed that angsty teen romance was universal and timeless, while at the same time, being quintessentially 90s. All of its aesthetic sensibilities, from the music to the costuming, captured the zeitgeist. I didn’t know it at the time, but it was CINEMA.

With the release of Baz Luhrmann’s latest film Elvis last week, we wanted to look back at this gem within his career. I am unreasonably fond of his gaudy motion pictures, especially when he’s in adaptation mode (The Great Gatsby is a masterpiece!) and Romeo + Juliet remains, to me, the definitive version of this tale (much as I love West Side Story too). His aesthetic sensibilities are decidedly camp, as is the juxtaposition of Shakespearean dialogue delivered by colorfully-dressed gun-toting youths jamming to Garbage and Radiohead. But as ridiculous as it all is, there’s something all too irresistible and romantic about this movie and the way Leonardo DiCaprio and Claire Danes look at each other, trying to find love in a world that wants to keep them apart (and what’s more queer than that).