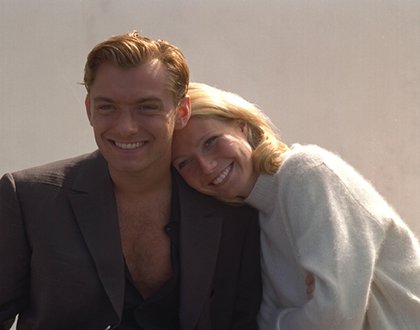 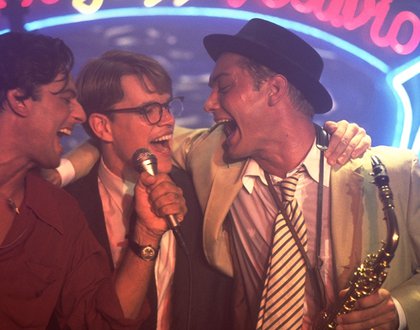 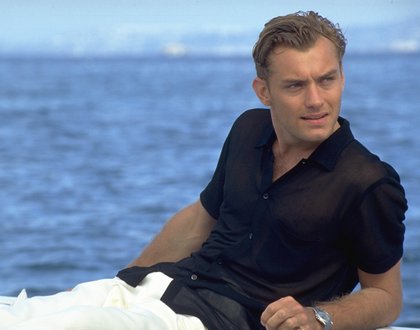 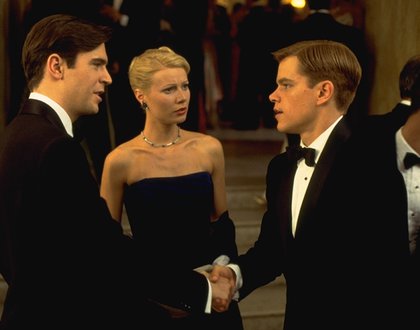 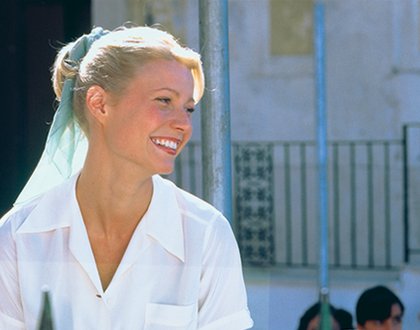 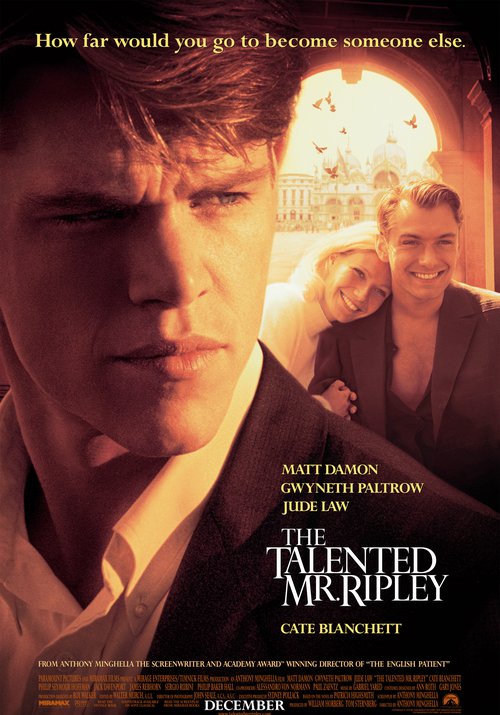 "Top notch performances all round, and magnificent camerawork and editing, it's also acutely aware of how class, money and sex shape desire and resentment." —Geoff Andrew, Time Out

Tom Ripley (Matt Damon) is a bright and charismatic sociopath who makes his way in mid-50s New York City as a men's room attendant and sometimes pianist, though his real skill is in impersonating other people, forging handwriting, and running second-rate scams. After being mistaken for a Princeton student, Tom meets the shipping tycoon father of Dickie Greenleaf (Jude Law), a young socialite who has traveled to the coast of Italy, where he's living a carefree life with his father's money and his beautiful expatriate girlfriend, Marge (Gwyneth Paltrow). Dickie's father pays Ripley 1,000 dollars plus expenses to travel to Italy and pursuade his son to return to America, but neither Dickie nor his girlfriend suspect the dangerous extremes to which Ripley will go to make their lifestyle his own.

This tense and intelligent thriller adapted from a novel by Patricia Highsmith, author of Strangers on a Train, didn't make quite as much of a splash as Anthony Minghella's previous film, the Academy Award juggernaut The English Patient, but it still thrilled audiences and critics alike and went on to garner nominations for its suspenseful screenplay, its haunting original score, and Jude Law's performance.

"One of my favorite novels by Patricia Highsmith, adapted into a beautiful haunting film about outsiders trying to fit in to a world that doesn't accept them. Dickie Greenleaf, one of my favorite characters, is played perfectly by Jude Law. Italy hasn't looked this beautiful since Fellini. A thrilling ride about love, obsessions and facing small, innocent lies that become gargantuan, soul-killing lies."